are you looking for the website of Peter-Ashley Jackson? 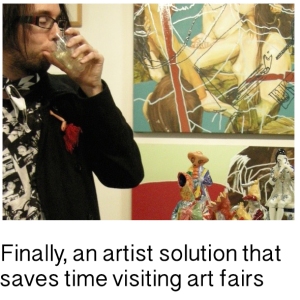 After a short hiatus through 2018, taking time to get to grips with being a new parent, I returned to the studio and made a new artwork for an exhibition in Durham.

My work as part of the exhibition is The Demise of Marion Tweedy (2015), a series of six meta-narrative ceramic figures providing a visual reinterpretation of the character of Tweedy drawn from her soliloquies in the final chapter of Joyce’s Ulysses.

Craft Emergency aims to champion contemporary craft by emerging makers from across the UK and beyond, increasing exposure for their work, and encouraging further professional development opportunities.

From the shortlist of makers included in the exhibition, one will be selected to receive the prize of a solo presentation of new work at the gallery in 2018, which will include a fee of £1,000. Previous winners have included letter-carver and stonemason Thomas Appleton and ceramacist Malene Hartmann Rasmussen, whose show ‘Waldeinsamkeit’ previewed in early 2016.

Since September 2014 I have been slowly working on a small side project through the website Postcrossing.com – Using the online project to share postcards across the globe I gathered responses to my request for Postcrossing members to tell me about their favourite music from their country. And I was not disappointed.

After receiving one hundred postcards by early 2016 I decided to set about compiling the musical knowledge that Postcrossers had kindly shared with me. And I decided to do so by putting the music onto a unique cassette tape; a fittingly slow medium to celebrate postcard exchange.

The project is now featured on the Postcrossing Blog Page where you can read more about the project, see more photos and find the playlist (also available on Spotify).

I hope you enjoy reading about the project and listening to the eclectic mix it provides.

Spring is here and the latest additions to the Dysfunktional ceramix family are making their merry way out on tour for an outing to London. More precisely, these new works can be found at the Curwen Gallery at 34 Windmill Street (off Tottenham Court Road). The exhibition, a group show of small sculpture entitled ‘Small Form’, runs from 30 March – 21 April 2011

The recent exhibition ‘what condition our condition is in’ was a great winter blues buster; both well attended and received. In a break from usual ceramic works I presented two new paintings on found paintings alongside collage-photographic self-portrait work, altered postcards and found books